The lesson of 'finishing strong' at the billing counter 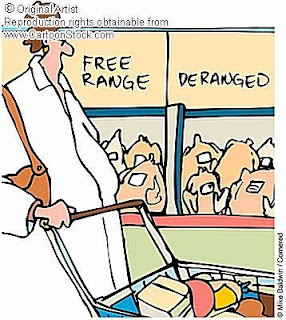 For once I had a pleasant shopping experience at a supermarket; the Spencer store on MG Road in Bangalore. The in-store personnel responded to my queries in a competent manner. They even helped me find stuff I was looking for.

But then all good things have to come to an end. My exasperation began at the check out counter. The billing lady did not know prices of vegetables (the billing program did not have those prices listed), had to refer to her colleagues to get them; forgot to enter discounts featured on certain items that I had bought; did not have a pen for me sign my credit card charge slip; did not know how to get the customer copy of the charge slip on the swiping machine.
The resultant? A quarter of my time ( at least it felt so) at the store was spent at the check out counter. And you can guess how exasperating that can be!
Service providers must know how to FINISH STRONG.
R. Chase and S. Dasu in their article titled, 'Want to perfect your company's service? Use Behavioural science', state, 'Most service providers believe that the beginning and the end of an encounter - the so called service bookends - are equally weighted in the eyes of the customer. They're dead wrong. The end is far more important because its what remains in the customer's recollections. Sure, its important to achieve a base level of satisfactory performance at the beginning, but a company is better off with a relatively weak start and a modest upswing at the end than with a boffo start and so-so ending. Even if you can't end with substantive bang, its smart to finish with a stylish flourish.'
The lesson for retailers? Perfect your billing service to ensure its handled in a competent manner with the customer spending minimal time waiting to pay for his purchases.
Email Post
Labels: Billing services Service Encounter