Neuromarketing - Unravelling 'why we buy' 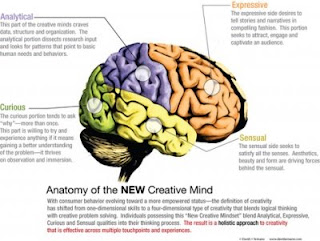 The original 'Why we Buy' was authored by Paco Underhill and its describes retail buyer behaviour within the confines of a store. A 'must read', the book describes more of the 'outcomes' (read, purchase behaviour), rather the reasons behind those outcomes.

Neuromarketing attempts to change that by unravelling what's truly 'behind' the purchase, revealing what goes on inside consumer minds when they shop. The Neuron article, 'Neural predictors of Purchases', described how brain imaging was used to monitor the mental activity of shoppers as they evaluated products and prices on computer screens. By watching how different neural circuits light up or go dark during the buying process, researchers found they could predict whether a person would end up purchasing a product or passing it up. They concluded, after further analysis of the results, that "the ability of brain activation to predict purchasing would generalise to other purchasing scenarios".

As Nick Carr describes in his article on Neuromarketing, 'traditional Market Research is fraught with bias and imprecision, which forces companies to fall back on hunches and rules of thumb. Also, people, for one thing, don't always know what they're thinking, and even when they do, they're not always honest in reporting it.'

Much of the problems, market research faces, can be done away with by using Neural predictors. Its time marketers gave Neuromarketing a serious thought and used it in understanding consumers better.