Why the controversial Bollywood Blogs? 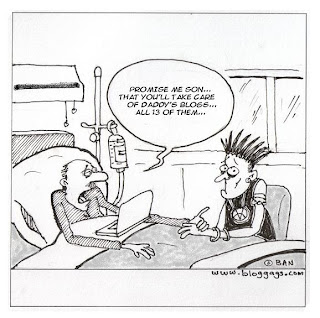 According to ET, the reason why we get to read about Amitabh Bachchan rating Shah Rukh Khan's new reality show as 'Panchvi Fail', or Aamir talking about a mutt named Shah Rukh, on their blogs, is 'cos either they have been paid for the 'natty' stuff and so have to attract sizable readership or 'cos they always wanna hit the limelight.

Well, it seems they have been pretty successful at that, considering the media fell over each other to feature their 'stuff', prime time. Plus remember, the stars have embarked on doing what the media has been doing for years. Sensationalise.

Now is that what the reader seeks? Yes and No.

Now, what the does mass consumer take to? Isn't that easy to answer? Obviously, the former. Can there be a doubt?

starwin said…
Controversies create chaos and curiosity which works in the favor of both the movies and the blogs...it is a very good catalyst