Why price hikes will not help Fast food chains 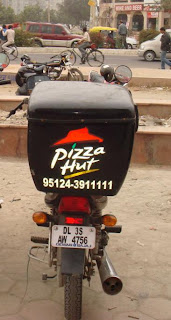 The common reaction to the fuel hikes in India by manufacturers and retailers have been in the form of raising prices. As to whether these increased prices would help them tide over their increased cost of operation will depend on whether the Indian consumer cuts back on consumption or not.

Take the case of Fast food chains in India. Most Fast food retailers are now mulling increasing prices to offset their the higher costs that they now incur. While Pizza Hut has proposed a price increase of 5% later this month, KFC is also considering an increase.The bad news for them is that the increased realisation that they expect through higher prices will now be offset by drop in consumer consumption levels. The Indian family that would until now have had at least one fast food meal a week, would probably drop it to one every two weeks.

It does not make good financial sense to hike fast food prices. Instead Fast food chains should now try and curtail costs and turn their focus on optimising costs to the extent possible, thus effecting greater efficiencies in operation. The focus must be on lowering costs and not increasing prices.

I have an alternative solution. The quantity can be reduced whicle the price remains the same. Offer combinations, price bundling, give coupons and pull the customers to spend more time and money and try to increase the frequency of consumption. When we compare the price rise of regular food and the fast food both are almost the same. So I wouldn't mind keeping up the frequency.