The Bat poised to soar 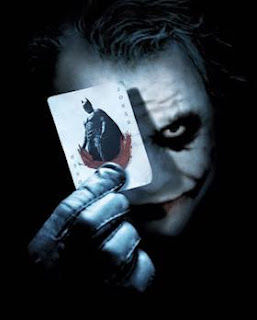 Studio sources state that record-breaking advance ticket sales for Warner Bros' Batman: The Dark Knight "continue to grow at a pace unlike any other film in history".

Even the number of locations in North America where the comic book caper will be playing -- 4,366 -- is an Industry record. There are also approximately 3,000 theaters that will start screening the actioner at 12:01AM Friday. Meanwhile, every IMAX show in New York City this weekend is sold out. By all accounts this should be Hollywood's best-ever 3-day overall North American weekend at the box office: the number to beat is last year's $151+ million.
Pic: http://www.deadlinehollywooddaily.com
Email Post
Labels: Batman Hollywood Movies