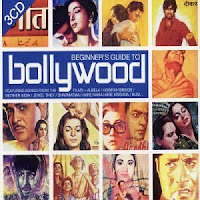 'Most Indian movies are fairy tales, and fairy tales in popular culture are for two things: to highlight a moral value and escape the burdens of reality. Both of these have been the driving forces in majority of our larger than life Hindi movies.

Our movies have every unreal thing which we believe! People dancing on the street? Yes. The hero taking in a dozen bullets and driving to the next city in time for his wife's delivery? Yes. A beautiful woman lying on alpine snows wearing nothing but a silk saree? Oh, yeah. A thirty-five-year-old actor playing a college student? Check. Bad actors with big biceps becoming huge stars? Yes. It's like we have been in the 80s for the last 40 years. We don't mind if our stories or dialogues are corny. Subtlety in Bollywood is like modesty in corporate America.'
Courtesy: Divya
Email Post
Labels: Bollywood Movies

Unknown said…
Extremely thankful to you for your sweet gesture of making my comment your main page article..