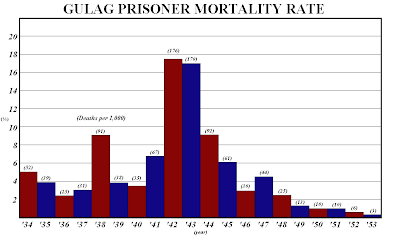 You know that there's somethin' wrong with the world when Kim Jong II gets cheered, the murderous thug Stalin gets voted 'third greatest Russian', and President Bush gets a shoe thrown at him.

Or maybe everything's right with the world. Its only normal, 'cos that's the price of Democracy. It never does breed gratitude. I mean the shoe.

And Dictatorship. I mean the cheer and the vote. Talk about a gun to your head or forgetfulness about an awaiting Gulag.
Email Post
Labels: Democracy Dictatorship

Nichani said…
I am a regular on your Blog and all i can say is " Excellent" Class apart...!!!Jus love reading your Blogs probably i shud say its part of my daily diet now ;-)