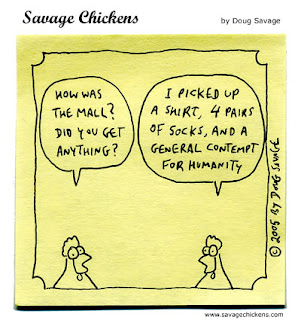 Will retail outfits go under, come new year? Yes. At least that what most western retailers feel and that's what's led them to cut prices, even up to 90% on the original price. The result has been near stampedes outside retail store in the UK.

Thousands of bargain hunters formed queues outside stores from the early hours of the morning and many shopping centres reported higher footfall rates than during last year’s sales. Selfridges, the Oxford Street department store, turned over almost £1 million between 12pm and 1pm — the most successful hour in the store’s 100-year history. But despite the huge customer turnout, experts warned of grim times ahead and said that more than ten retail chains risked going under next month.
Email Post
Labels: Price Cuts Retail Sales Sales Promotion