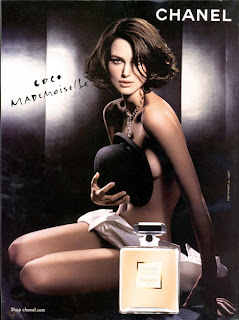 During times of economic downturns its better to be a 'value for money' mass consumer brand than to be a premium, 'snob-value' one. 'Cos the Richie-riches in all certainty are gonna abandon their snob value brands, never mind for the next few months, they gotta lay low sans their uppity outings. The mass may still eat that burger at McDonald's and buy their groceries at Wal-Mart. In fact they do, as both these retail brands have posted increased sales.

Chanel is now the latest premium retailer to cut back. Chanel, one of the grandest French fashion names, is to lay off 200 Paris staff in an unmistakable sign that even the world's top luxury brands are feeling the pinch in the global recession.
Until recently, France's marques de grand luxe were claiming immunity from the slump. Demand for the high end was holding up, driven by the luxury appetites of the nouveaux riches of Russia, China and other emerging powers, they said. The denial has faded over the past month as Russians and Asians have been noticeably absent over Christmas from the boutiques in the Paris golden triangle off the Champs Élysées and their equivalents in London and New York.
Email Post
Labels: Consumer spending Luxury Brands