Marketing in the Mozart of Madras 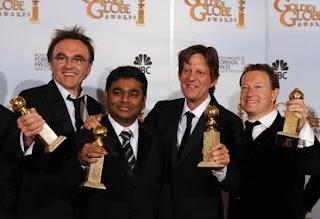 A R Rahman is as much about brilliant talent as he is about great Marketing. And that's a rare but winning combination.

Rahman's music has streaks of genius in it, no doubt, but in addition, it has adapted to suit a global audience. And that goes a long way in gaining acceptability in global markets. Working with the likes of Andrew Lloyd Weber, Rahman has showcased his abilities to audiences outside India in a manner that has left them spellbound.

The Marketing lesson in Rahman is a lesson of openness and adaptability. Rahman's been open to experimenting, to altering what could be seen as moving away from purist forms. He's been a collaborator and has adapted to markets where Indian music in its natural form may not have been as acceptable. The key to Rahman lies in his combination of musical genius and a mind that has had no axes to grind, a mind free from the trappings of musical tradition and rules.

The results are out there for all to see. In winning a Golden Globe for his score in Danny Boyle's "Slumdog Millionaire" on Sunday, he has become the first Indian composer to strike gold at the annual Hollywood awards. Kudos to him.

Karthik Murali said…
sir , the Ironical thing is
though Slumdog Millionaire's music is exceptional like any other Rahman's album , it may not be really considered to be included in his top 5..

jus cos it featured in a US movie , it was actually nominated , they actually learnt abt his brilliance and awarded him..

Unknown said…
Sir, I am very sorry to say that when it comes to regions, I always move out disappointed from your blog! I mite b wrong in what I am going to state but then that's my perception about you and that is you are always region biased!!!

Last time when I wrote a comment on "Indian Movies" you assumed it for just "Bollywood"! And now when Slumdog Millionaire has won 4 Golden Globe Awards, its just 1 Tamilian who could become the motivation for main page article of your blog!

I am sorry if it sounds offensive, coz I don't intend to do that but just so very confused and wondering when will India be INDIA n not North n South India?!

Shishir said…
A R Rahman has not only won accolades but also established itself as a brand and we can see how he develop himself as a brand. http://controversial-affairs.blogspot.com/2009/01/r-rhman-brand.html
Jan 31, 2009, 2:08:00 PM