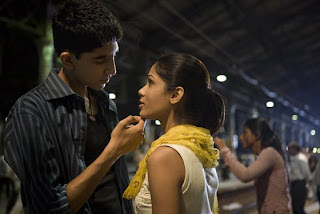 Any time a brand garners extreme reactions with people on either side of the fence, you must know that brand's got somethin' goin'. As for the people with the views, some exult when the brand scores and others look for places to hide.

I wonder where Amitabh's gonna hide, now that Slumdog Millionaire has swept the Oscar nominations. Though I sympathise with Amitabh, as I've shot my mouth off too, only to go underground. Slumdog Millionaire has won 10 coveted Oscar nominations.
Director Danny Boyle’s Golden Globe-winning Slumdog Millionaire – a story based on Mumbai slums – has been nominated in five categories for the Academy Awards to be announced in February 2009. Slumdog has been nominated for Best Adapted Screenplay (Simon Beaufoy), Best Picture, Best Original Score (A R Rahman), Best Song (One each for Jai Ho and O Saya), Best editing, Best Sound Mixing (Resul Pookutty), Best Sound Editing (Resul Pookutty), Best Cinematography and Best Director (Danny Boyle) at the Oscars. This is the first time that an Indian has won more than one nomination in Oscar history. Here's to Slumdog!
Email Post
Labels: Oscar Nominations Slumdog Millionaire