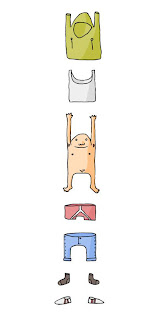 Price cuts as much as they hurt are a must. That's the only way out to get the consumer to loosen his purse strings so a few pennies tumble out. Oh, and yes, that goes for the 'designer stuff' too. Every morning listening to FM Radio, I am greeted by Indian fashion designers talking about a 'sale' at some swanky designer clothing store in Bangalore. They keep harping about the 'sale'. Don't blame 'em, after all, some one's gotta buy!

This story ain't just in India. Its across fashion capitals of the world. Shunned by scrimping shoppers amid rising unemployment and fears of a long, deep recession, retailers across the board have cut profit forecasts and marketing budgets. Even larger luxury goods groups are feeling the pain. Richemont, the Swiss firm behind Montblanc pens and Cartier watches, announced earlier this year it saw no signs of a recovery after third-quarter sales missed forecasts.

Magazine publishers from Conde Nast, which owns Vogue, to Time Inc are seeing advertising sales dive, and the New York Times has said it expects sales to deteriorate further. At the January fashion shows in Paris and Milan, a prime advertising opportunity for luxury brands, designers hired fewer models than last year. Models and agents are feeling the pinch.

What can I say? I guess its time for non-fashionistas like me to go get some decent clothes. But, then again, would it make a difference? :)