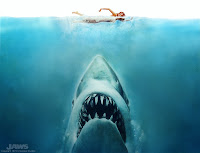 Can anything be more tragic than losing your life in act of consumption? That's the tragedy that befell 25-year-old marine engineer, Bhargav, who plunged to his death as the harness snapped while he was attempting bungee jumping in Bangalore on Saturday. Bhargav had come all the way from Chennai to have some fun over the weekend, but he ended up paying a heavy price for it.

Of course the organisers are to blame, as they followed no safety procedures and also did not have any medical support in case there were any mishaps. The tragic loss of life of someone so young and full of promise for the future, will have implications on the adventure sport industry as a whole in India. Consumers will think twice about buying into adventure promises. After all, what's adventure when compared to one's life?
The Bangalore incident is a real one. It exposes the abysmal lack of safety infrastructure that plagues almost every retail act in India. What's also interesting to note is an unreal-perceived loss of life can scare consumers away. Take the movie 'Jaws' for instance. In spite of the fact that advanced research has dispelled many misconceptions about sharks, in the 1970s the average moviegoer had little reason to disbelieve the way that Jaws was portrayed. The film brought the possibility of shark attack to the forefront of people’s minds, and the effect was noticeable. From coast to coast, beach towns reported a downturn in tourism following the release of Jaws. Even today, nervous references to the movie can be overheard at virtually any beach.
It will take a while before people in India will strap up to take the bungee plunge. To me, the fear of lousy safety standards in India is a real one. So its better to beware. The adventure can wait.
Email Post
Labels: Adventure Sports Bungee Jumping

Asha said…
Safety seems to be the last on the priority list of Indians, be it on roads, or following rules.Its painful and unacceptable to lose a life due to neglect! Condolances to the marine engineers family.
Apr 13, 2009, 12:48:00 PM

Unknown said…
To be frank this is only one of the extremes and hence was reported. Most of the boating facilities don't have lifejackets, pools dont have guards, busses and trains dont have first-aid kits and so on. I think there is a lack of safety consciousness which is shocking.